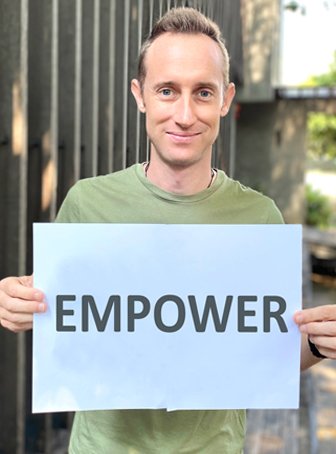 In my early childhood, I had already developed a growing urge for justice and helping people who were less fortunate than me. At that time I made it a point to defend and protect ‘outsiders’ at school. Back then it was mainly about friends that did not follow all consumer trends and looked or behaved somewhat differently from the plain vanilla kids. Some had difficult family backgrounds or were foreign nationals, but all were pushed around during and after school. Years later, after having spent five years in Asia as an expatriate and having had a chance to travel extensively to many countries in Southeast Asia, I came across other groups of outsiders rejected for one or another reason from benefiting from our society. Of all of them, children seemed in greatest need.

The urge to help surfaced again. At first I tried to get involved in charity projects apart from my regular work. I started off by simply visiting websites of different charity organisations and afterwards, I also visited different projects and the people who run them. Those were such impressive moments for me that it became increasingly difficult to find motivation in my work as a banker. After nine years with UBS in Zurich, Hong Kong, Seoul and Singapore, I decided to resign in order to help those in need. I truly value what I learned during my commercial career – and I cherish the friendships that I formed during that time. After all, it was this commercial job that made it possible to realise my dream of helping other people full-time by running a charitable organisation.