As of December 2019, a total of 300 school buildings implemented by Child’s Dream were in use across Thailand, Myanmar, Laos and Cambodia. With so much deficient school infrastructure, Laos and Cambodia registered the highest numbers of school buildings supported, with 139 and 101 schools respectively. On the other hand, we built 43 school infrastructures in Myanmar and only 17 in Thailand. These differences in output numbers are justified by the different local contexts. In Myanmar, ethnic conflicts and a slow peace process have made it difficult to support both ethnic minorities and government schools, while in Thailand the government is able to cater to the needs for school building infrastructure. 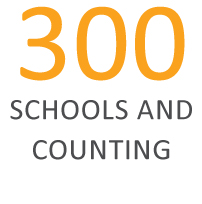 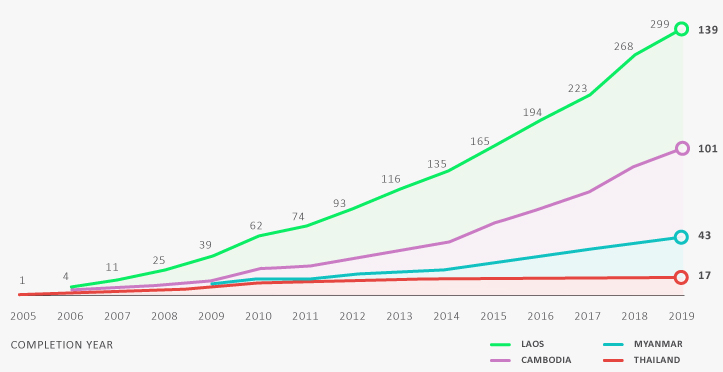 Comparison of indicator averages over time

Average rating 0-6 for all schools evaluated in 2019 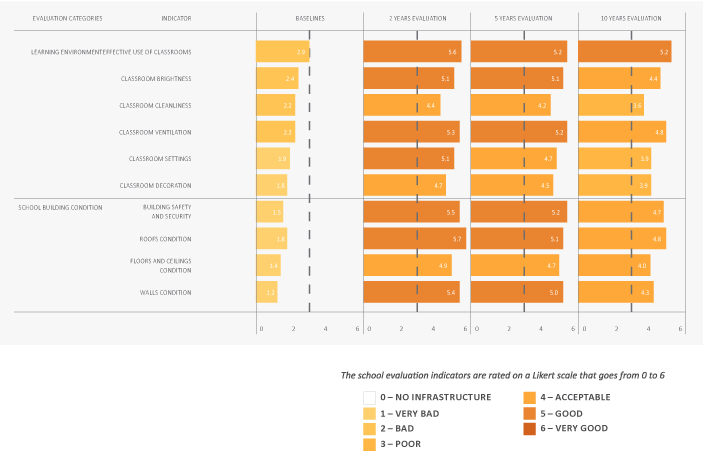 Rating guidelines for each indicator have been developed to standardise ratings across the four countries of intervention. The graph on the following page shows that all baseline indicators have recorded significant low ratings and that the implementation of a new school building infrastructure dramatically improves not only the school building conditions, but also the classroom learning environment. The graph also shows that, after 10 years, the quality of buildings and learning environments tend to decrease, mostly due to wear and tear, lack of funding for minor maintenance and, in certain schools, poor management and/or natural calamity. To expound on the last point, during the evaluations carried out, a few schools presented damage, more or less severe, caused by earthquakes and/or storms. These schools are currently receiving support from Child’s Dream to fix the damage.

Average number of students per classroom over time comparison

Average for schools evaluated in 2019 in Myanmar and Laos 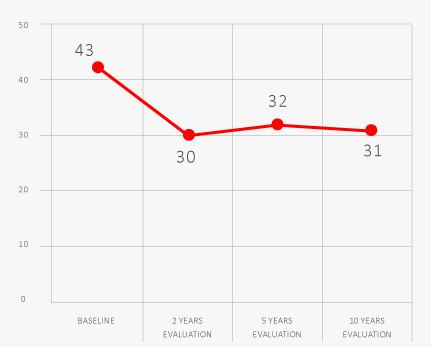 We use cookies to ensure that we give you the best experience on our website. If you continue to use this site we will assume that you are happy with it.OkProceed without Cookies!Read more
Revoke Cookies!